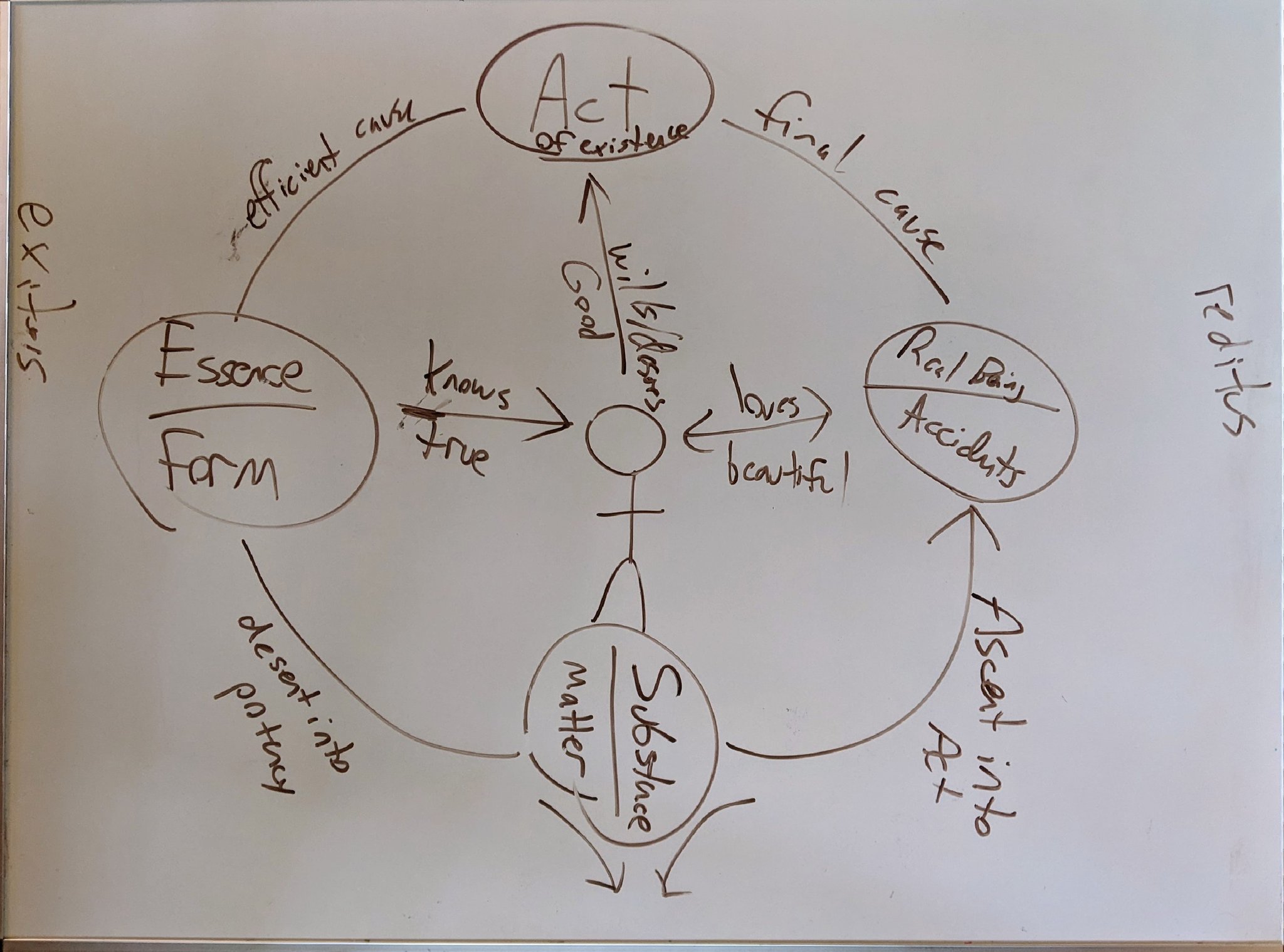 This past Saturday I returned from my two week residential intensive Davenant Hall course, "How to Read the Bible and the World." Naturally, it was a great time, but as with all great times, it produced many thoughts, along with a pesky number of emotions. Many of these thougths and emotions orbit around the light which such a radically different environment from my everyday life sheds on my own vices and virtues. In that sense, the experience could be called somewhat "apocalyptic," although this gives off a sense much, much stronger than I intend.

Anyway, given all the reflection I was put to, I thought it might be useful (at least to me) to put some of it down in writing. To provide some context for a general audience, however, first I should provide a little background regarding the present state of my life.

For anyone who does not know, I married at 18, immediately after my high school graduation. Before that I had but a few friends, and only one of them male. At no time since then has even that much been restored. I say this not to complain but to note that "hanging out" with friends, especially a bunch of guys/men, has been a very rare activity ever since. The context of this trip, surrounded by half a dozen guys who are actually my age and share many of my interests, was therefore incredibly foreign to my adult life.

Why say all this? (I promise it's not to make you feel sorry for me!) It's to raise the issue of virtues, vices, and contexts. It is very easy, spending nearly all your time in just one or two specific contexts, to imagine that you know pretty much the extent of your faults and strengths. Being transplanted into a radically different context, therefore, is a great way to problematize (sorry) your self-image. Such is the case with these two weeks.

A key example of this is propriety in speech. I recall as a teenager struggling to negotiate the disputed territorial boundaries of seemly conversation and the kind of wit and subject matter that would keep my peers interested in, or at least amused by, what I had to say. For most of my adult life, this was no longer relevant for the most part, as I rarely find myself in any of the kinds of company where such tensions arise (especially young men, among whom this is almost always a live issue, however pious they may be). It was easily, then, to begin to imagine that I had this entire part of life under control. James says that no man can tame the tongue, but I certainly began to imagine that I had my bridle fitted about as tightly a man might reasonably hope.

While there have long remained hints that this was delusional (e.g. common sense, and in a much more complicated way Twitter), this trip reminded me of the extent to which I am ignorant. While I am not so convicted as to make this a confession of having been an out-of-control fool the whole time, running my mouth into the dumpster, I became acutely aware of several lapses of wisdom, many moments in which I spewed words which were so aimed at entertainment or other superfluities that they neglected the demands of edification and propriety.

This is only one example, but taking a radical break from ordinary life highlighted for me other wrongs and weaknesses, and one of the key meta-lessons I derived from the experience is simply that getting into an ordinary routine for a long period of time can hide from us our true character, as we rarely live our daily lives in contexts which test every point of virtue all the time.

Other moral lessons presented themselves over the course of my time at the Davenant House. I learned more about my own heart, about other social insecurities and temptations which can remain entirely on the back-burner in my largely asocial ordinary life. To be among intelligent and, to varying degrees, accomplished peers can be a challenge, not for any of their faults but precisely inasmuch as they illuminate my own. What admirable knowledge and works of theirs could I have matched if I had applied to my life more wisdom, fortitude, or temperance? Yet to pose the question is to sound like a fool. To whatever extent anything I've yet to learn or do is attributable to deficiencies in virtue, the right response is to appreciate the example of what I could reach and take the necessary steps to become in verity what I LARP as. (A hard lesson to swallow but one I've found worth learning: shame is a good medicine when taken in the right spirit. Resenting or fleeing whoever puts you to shame is a fool's defense; swallow it like a man and become what you ought to have been in the first place.)

On an entirely different and much more positive note, this trip performed what many would probably consider a very ironic function for a school often especially associated with classical Anglicanism (and Magisterial Protestantism more generally). I had my first visit to a proper Anglican service, I spoke to people from many other major traditions in the US (Presbyterians, Baptists, papists), and I delved into the Christian tradition. At the end of it all I was more convinced than ever that low-church "normie" evangelicalism is truly a work of God.

Now, to clarify, I certainly did not come back with the idea that all this fancy tradition, high church accouterments, classical theology, etc. were wrong and that I should just go back to Vibrant Generational Community Church or anything. On the contrary, I believe very much in the enduring truth and weight of the ecclesial inheritance represented by Davenant's work. However, I also have no ax to grind with my own upbringing. Indeed, I think it was invaluable, and some of the faithful Christians and churches I knew growing up I think are exemplary models of godliness, truly filled with the Holy Spirit and all His graces.

The intersection of these two realities–the truth and value I see manifesting themselves in the theological tradition I've been deeply investigating, and the potent and fruitful piety I see in the world of my upbringing and several other places–creates a demand for some kind of rational reconciliation. The only avenues which seem to offer the possibility of a robust reconciliation of that sort require, I suspect, the theological and philosophical categories of classical Protestantism. Yet I also suspect that such a project cannot help but, in a sense, vindicate normie evangelicalism. The kinds of moves that need to be made within the realm of Reformation theology to make evangelicalism as we know it at all a place where we could expect the fruits of true piety, fidelity, and virtue (fruit which we do in fact find, thus demanding some theoretical accounting) are moves that, if worked out, I think will not only permit but in a strange way justify the basic project of the kind of Baptistic evangelicalism I was born in and molded by.

What all that looks like remains to be seen, though the basic contours already suggest themselves to my consciousness on some level. Suffice it to say for now that a trip where I find the Spirit at work just as well in Presbyterians, Anglicans, Baptists, and even papists serves, in my own head, as a powerful confirmation of these basic instincts. (And not just the experience of the the trip, for that matter. Even some of the content contributed to this effect, but that can wait.)

Turns out this was a lot of words and uncharacteristically personal. Tastes kind of funny, to be honest. I'm not sure how I feel about that. But I pray it is of some use to someone.