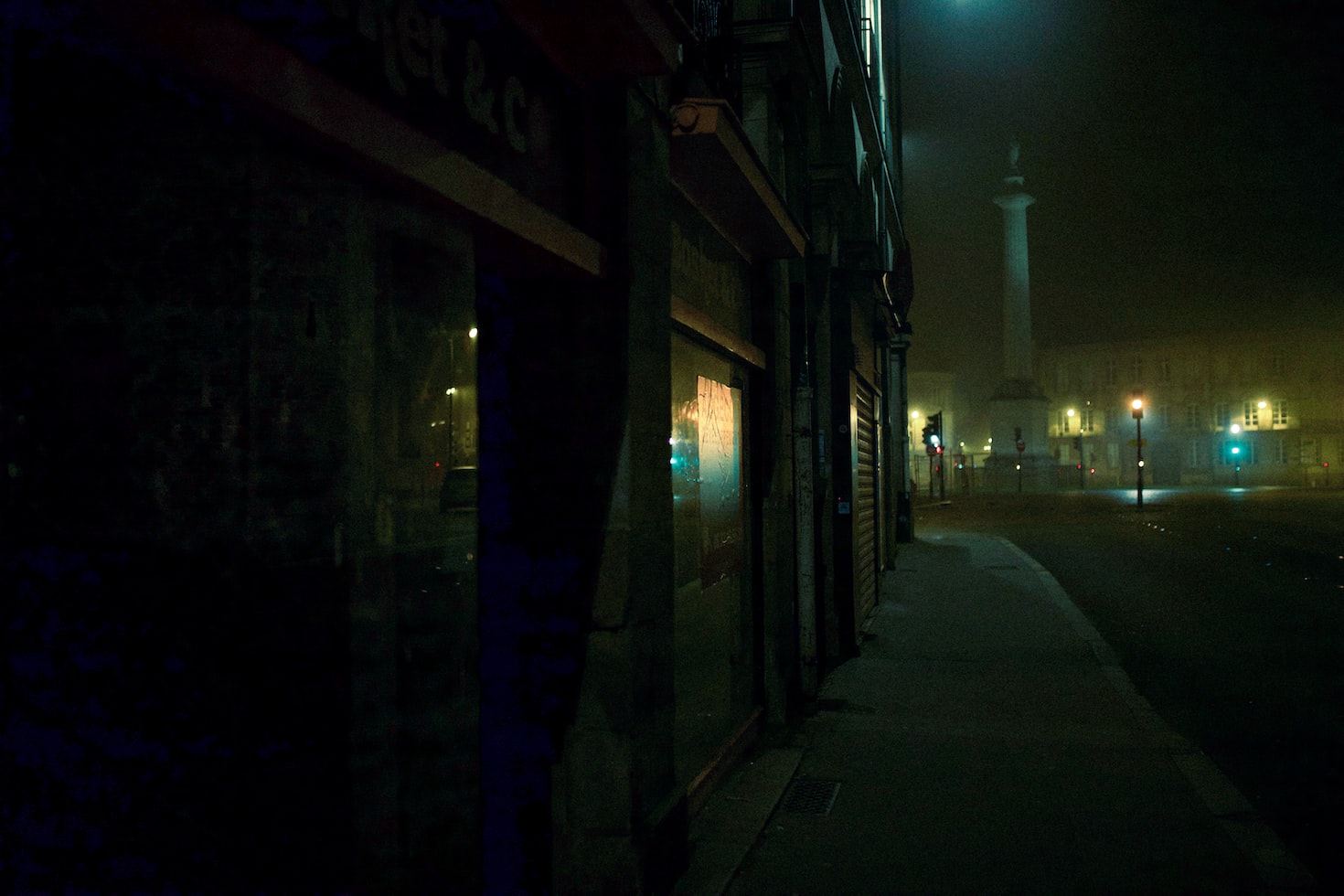 On Whether the Church Is In Exile

To think of the Church as a people perpetually in exile is a most grievous confusion. Though it is now popular, especially (perhaps ironically) among Christians of great influence and name recognition, to speak this way, the claim is mostly confused.

On the surface perhaps my objection sounds strange. Doesn't the Bible itself speak of Christians as exiles? That is actually a rather mistaken impression. In some translations, the term "exile" never appears in the New Testament at all. In others, it appears once or twice but not in reference to Christians. Only in one or two places does it appear in some translations for Christians, and then there is a good case that the more apt sense in that of a pilgrim or sojourner.

The problem with "exile" language is that it is almost exclusively associated with judgment. The Exile was the worse punishment to fall upon Israel. To be in exile is to be cast out of the land, to be cut off from the inheritance. Exiles are in an important sense under wrath.

Given this common sense theme of exile, associating it with the basic nature of the Church is not only misguided but backwards. The Church is precisely that people who has been forgiven of her sins, washed in the blood of Christ, and granted access into the heavenly presence of God. The Church is the congregation of the justified, those for whom there is now no condemnation.

In such terms it would seem there is no room to speak of the Church as in exile. The Church consists of those delivered from wrath into God's presence, not of those cast out in judgment.

And yet, clearly to say what I have thus far said is to speak of the spiritual status of the invisible Church before God. The purified, spotless, and secure Church is God's people in the spiritual kingdom, standing upright coram Deo by faith. Yet there are two other respects in which the language of exile could be used.

First, we might be speaking of the Church's place before men rather than before God. Christians are under the wrath of the world, perhaps, and so cut off from their natural share in the goods of their earthly society. This creates no great theological difficulty. But it does create an empirical one. The Church is not now nor has often been in such exile from wider society in every place, among every people, at least in the last 1700 years or so.

From time to time and place to place, the position of the Church has varied. There she is indeed in exile, perhaps literally, and elsewhere she stands at the helm of the culture. One day she's threatened by the luxuries of power, the next by escapism and isolationism in her distress.

So if the Church is said to be in exile with respect to men, this cannot be of its essential nature but an accident of circumstance. Sometimes and in some places Christians are such exiles, and at other times and places they are not.

The second possible option is to recall the bodily dimension of the Church. Though it is a spiritual and invisible body, it takes a fleshly and temporal form, expressing itself in time and space and society as the visible Church. It is chiefly with the visible Church that God deals tangibly. The Church visible, with its mixed character of many tares intermingled, is the subject of the great turns of Providence, when God delivers and judges and casts down and raises up in ongoing history, prior to the Final Judgement.

It is entirely possible for some, or perhaps even all, of the visible Church to fall under divine judgment. In such cases the tares among her receive a taste of God's eschatological wrath while the righteous are chastised unto repentance. We see this, for example, in Revelation when Christ threatens several churches with great threats.

Is there, then, any reason to think as the state of all or part of the visible Church as a complete or partial exile from some earthly place or blessing which it ought to occupy? There are good reasons to think so, given the flow of covenant history.

The setup for this goes back to the Old Testament. The consistent vision of the Psalms and Prophets is of a world where the true God reigns over the nations, with His chosen people at the helm of politics, culture, and religion, in place of the rebellious lesser gods who then governed the world. On this I have written several times. While on one level this anticipates the final eschatological state, in which Christ and His people have a pure and unchallenged dominion of peace over a renewed creation, there is also a definite strain of expectation that God will grant something like this in ongoing history.

In support of this particular point I will not write much now. Let it suffice for the moment to say that a theocratic empire seems to be expected following that of Rome, one which shall start small and grow until it fills the earth. In the period of growth there are enemies progressively subjected to Christ, nations which rage until they are humbled. They may yield willingly or unwillingly, nominally or whole-heartedly, but over time each will bow the knee. To me this future seems plainly visible in Scripture, not least in the Psalms, where it is all but explicit.

With that in mind, I think we see an initial phase of fulfillment in the submission of the nations which made up the Roman Empire to Christ in the fourth century. By this nearly all nations the people of God had ever known, which Luke called "the whole world," became formally allegiant to the King of Kings, just as the Psalms and Prophets said. It was no perfect situation, nor the final eschatological denouement bringing every promise to its full realization, but it was nonetheless a real entry into a kind of Promised Land.

This last point I think is no arbitrary analogy but a typological truth. The New Covenant does not introduce a redemptive-historical stasis until Christ returns but has its own theologically significant story for the people of God, one which is patterned after the Old Covenant history but greater, more glorious, and stamped with the climactic impact of Christ's coming as the hinge of history.

I believe, then, that as pertains the Providential storyline of the visible Church under the New Covenant, we see a glorified Old Testament pattern. From Christ to the destruction of Jerusalem was 40 years, which, taken with other wandering language in the New Testament, suggests a period akin to Israel in the wilderness. From there we find also the gradual conquest of the "whole world" by the Lamb and His army of suffering witnesses. As Jericho fell to the sound of Israel's song to YHWH apart from their armed strength, so Rome fell to the sound of the Church singing "hymns to Christ as to a god" with no need for weapons of war, under the leadership of the New Joshua.

If this tracks, then we find that the Church came to possess the earth, arriving, as Israel did, at a provisional―not ultimate―form of rest in a real but temporary homeland. Under Constantine and Theodosius, the Roman Empire became a hospitable country for the people of God, and the saints of the Most High came to possess it under the reign of the New David and Greater Solomon. This was, to be sure, like the smaller kingdom of the Old Testament a very imperfect settlement and at times plagued by strife and disaster, but this is no more an argument against its status as a blessed gift of promise than the same was for Israel's time in the land.

Of course, Christendom has now crumbled, and the saints for the most part no longer stand at the helm of the nations. What once felt like a homeland now feels more like a strange and oppressive kingdom into which we have been tossed painfully. A natural fit for this following a time analogous to the Israel's kingdom period would be exile. For whatever reason, the greater temporal inheritance of the visible Church in the New Testament is no more. We can speculate about why (a glance at the late history of Christendom gives a few leads, I should think), but it seems that God has seen fit to judge the Church visible in removing it from the helm of the nations.

There are nonetheless differences from the past, not least due to Christ Himself lying between us and the Babylonian Exile. The finished work of Christ in history has changed various aspects of the life of the Church both visible and invisible, and while the West seems to be falling, the Church is growing strong elsewhere in the world. There is no exile for the whole Church anymore. And even in the West, Christ retains for Himself a great remnant, and His name is not entirely without fear among the masses. In the spiritual kingdom, you could say nothing has really changed, for the invisible Church remains before God justified, cleansed, and entirely without hindrance to the presence of God. Whoever is being properly punished by the death of Christendom, for those who are united to Christ by faith it is a chastisement of love unto repentance and purification.

To quote James Jordan, "Is all of this speculative? Sure." I cannot say with the utmost vigour and confidence that this is a correct typological reading of history. However, the more I look over it the more sense it makes to me. My suspicion is that the current time of exile will serve like the old to purify the people of God from some long-besetting sin, so that in the future the Church will have a yet stronger faith, pure obedience, and more glorious inheritance. And until Christ returns, these shall no doubt all be provisional, incomplete, and at the absolute best penultimate. But they are good, and I believe the subject of divine promise.

This must, however, be taken with the cautions made earlier in this post. Spiritually speaking, those who are truly united to Christ by faith, the invisible Church of the saints indeed, are not in an exile of judgment but at most under a long disciplinary procedure. We stand secure before God with unbroken access to His favour through Christ. To those who are false, hypocritical, or otherwise not of Christ but attached to His Body, however, it is a judgment and apocalypse. And with respect to the temporal fortunes of men, it will be a disaster all around, though probably, as with most of His great deeds, God will distinctively protect and preserve the faithful through it.

Moreover, we must be quick to reject the paradigm of Christians as perpetual exiles. It is false with respect to God and the invisible Church, to God and the visible Church, and to the world and the Church in either form. In the first sense it is never true, and in the latter two senses it is only true from time to time and place to place, and it is by no means normative but a temporary crisis, which we know in faith God shall resolve in time, using it along the way to strengthen His people and hallow His name.