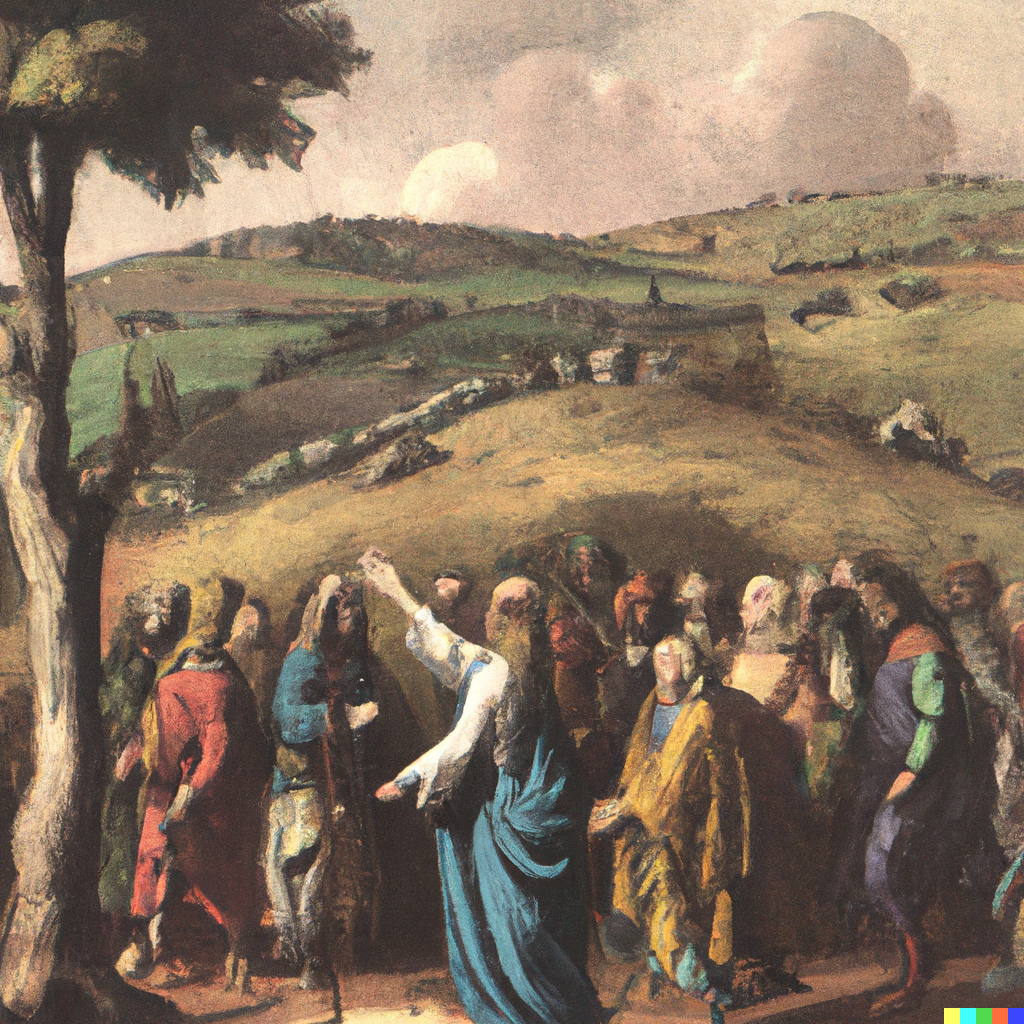 Over the past several days I've read Joshua through 2 Samuel. By sheer coincidence (because those are totally real), I've also recently been reading a newly discovered blog―A Collection of Unmitigated Pedantry by Bret Devereaux―which largely discusses the intersection of pop culture and history. The combination of having Bret in the back of my head and reading through these early biblical histories in a sweep has been interesting in a few ways thus far, but one especially stood out to me when I reached 1 Samuel 8.

Now, in Sunday school, this chapter is fairly simply. Israel had God for her king, and the demand for an earthly king was a plain rejection of God's rule. The end. But several years ago it was brought to my attention that there must be more going on. There are two basic reasons why this account seems, if not exactly wrong, at least too simplistic:

When you have come into the land which the Lord your God gives you and possess it and dwell there and then say, “I will set a king over me just like all the nations that are around me,” you must set a king over you whom the Lord your God will choose. You must select a king over you who is from among your brothers. You may not select a foreigner over you who is not your countryman. What is more, he shall not accumulate horses for himself or cause the people to return to Egypt in order that he accumulate horses, for as the Lord has said to you, “You must not go back that way ever again.” He shall not acquire many wives for himself, lest his heart turn away; nor shall he acquire for himself excess silver and gold.

It must be, when he sits on the throne of his kingdom, that he shall write a copy of this law for himself on a scroll before the priests, the Levites. It must be with him, and he must read it all the days of his life so that he may learn to fear the Lord his God, and carefully observe all the words of this law and these statutes, and do them, that his heart will not be lifted up above his brothers and so that he may not turn aside from the commandment, to the right or to the left, to the end, so that he may prolong his days in his kingdom, he and his children, in the midst of Israel.1

So we have both a positive biblical take on the Israelite monarchy as providing necessary controls that the judges couldn't provide and explicit terms in the Mosaic Law for the installment of a king. With these in mind, it becomes much less obvious exactly what's going on in 1 Samuel 8. How and why exactly does Israel sin in asking for a king? Was it pure motive? Timing? Something else?

I'm not going to suggest anything particularly radical as the answer. I think it does more or less come down to motive and timing, but on my recent reading I had some contextual information in mind that seemed to help everything fit together better to me.

For much of Israel's time in the promised land, the Philistines had been a constant and powerful enemy, often harassing or enslaving the Israelites. As several commentators have noted, the Philistines were descended from Egypt.2 The Philistines, therefore, no doubt served as the threat of return to Israel's old bondage. They had escaped Pharaoh in Egypt only to serve his cousins in Canaan.

Now the Philistines were ruled by powerful kings or lords in a union of some sort.3 Clearly these lords were able to mobilize mighty armies, and their persistence in the land speaks to their great numbers. Why were they so powerful?

This is where Bret Devereaux contributed. The first post of his series on the "Fremen mirage"4 highlighted what we know historically about early state formation. In one of the crucial points of his argument, he mentions in passing exactly our passage in question (emphasis original):

This collection of institutions and social structures [basically the state], once developed, proved so much more capable of mobilizing the resources of an agrarian society to produce military force than the tribal systems of organization that proceeded it, that tribal societies that found themselves in the path of expanding states tended either to be subjugated (and thus learn state institutions ‘from below’ as it were) or else were compelled to develop state institutions themselves in order to compete (a process we’ll look at in more detail in Gaul and Germany next week, but also note 1 Samuel 8-13, where the Israelites demand a king ‘like the other nations have’ in order to compete militarily).

So, historically, centralized authority structures, which often originated in the form of kings, were much more efficient as consolidating and deploying economic resources, and by them military resources, than the looser forms of tribal government like that of Israel.

This angle suffices to explain the nature of Israel's concerns. Surrounded by powerful Philistine kings leveraging the consolidating power of their rule to amass strength from thriving cities, a similar level of centralized coordination is the obvious way to step up their game to compete with the deadly oppressors.

But why is this bad, then?

Taking us back through Israel's story up to this point, we see the problem with this anxiety. It plays into a repeated pattern of Israel's lack of faith in God's protection. It resembles the despair with which Israel recoiled from God's initial command to capture the land, for which God punished them with 40 years in the wilderness, despair which capped the cycle of unbelief that began before the Exodus was even over. Even just recently, when in a climactic disaster the Philistines had captured the Ark, God afflicted them and forced them to let it go without Israel even being involved. Almost immediately preceding the demand for a king, when Israel had forsaken their idols, God had thundered from heaven and scattered the Philistine armies, driving them entirely out of Israel for years and returning several cities to Israelite control.

Placed in this context, it seems more clear how Israel sinned in asking for a king. Such anxieties about their ability to stand up militarily against their neighbors was yet another flare up of their propensity to unbelief. God had shown them clearly over and over, and even quite recently, that He was willing and able to deliver them from all their enemies if they remained faithful to Him alone. That they still felt such great concern about their prospects indicates that they were not at all prepared to remain faithful to Him, since they could not even continue to trust Him in the light of the most recent and glorious victories He had given them.

Now, I don't think this addresses everything that was involved in the demand for a king. Notably, given the association between the knowledge of good and evil and royal wisdom,5 it's possible we have a connection to the Fall. Just as Adam and Eve attempted to seize the royal fruit in their own time and terms, so also Israel jumped the gun in their lust for a king to rule over them. But this I will not explore in any detail now, especially as I have not yet determined how if at all these two elements relate to each other.

See, for example, 1 Samuel 5:8. In chapter 6 we see five Philistine lords, apparently one ruling over each of their major cities: Ashdod, Gaza, Ashkelon, Gath, and Ekron.

I'm not going to elaborate on this here, but read some James Jordan or Peter Leithart or Alastair Roberts if you have questions. You can also start biblically with 1 Kings 3:9.